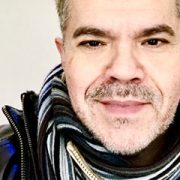 For over three decades, Romulo Yanes has defined the way we see food. His passion for good food began with his childhood in Cuba and evolved into his career as a professional photographer. After years of training, hard work, and dedication in photography, Yanes found a new home in New York City at the legendary Gourmet magazine.

He captured countless iconic images as their staff photographer for over 25 years. Both in the studio and on the road, Yanes photographed restaurant and home-style dishes, street scenes, chefs, entertaining features, ingredients, and food markets. His work graced countless covers and continuously evolved with the changing culinary scene. In 2005 and 2008, Gourmet took home the ASME award for photography.

When Gourmet ceased publication, Yanes was immediately in demand among other food magazines. He has since shot stunning award winning stories for Bon Appetit, Martha Stewart Living and Everyday Food, Saveur, Cooking Light, Health, and many other publications. He is also a frequent contributor to Williams-Sonoma Cooks catalog.

Yanes also photographs beautiful books, most notably two works from illustrious first ladies: Cooking for Madam: Recipes and Reminiscences from the Home of Jacqueline Kennedy Onassis by Marta Sgubin and An Invitation To The White House: At Home With History by Hilary Rodham Clinton. Yanes’s other books include: Truly Mexican by Roberto Santibanez, How To Cook Everything: The Basics by Mark Bittman, Power Food By Martha Stewart, American Food by Martha Stewart, Tacos by Shelley Wiseman, Simple Asian Meals by Nina Simonds, The Book of Burger by Rachael Ray, Bread by Nick Malgieri, Weight Watchers Power Foods Cookbook, My Portugal by George Mendes, Pastry by Nick Malgieri, Better Baking by Genevieve Ko; just out Peppers by Maricel Presilla and nearly 20 editions of The Best of Gourmet.

His work is prominently featured and discussed in Feast for the Eyes: The Story of Food In Photography (Aperture) by Susan Bright. She lauds Romulo as an image maker whose style and work have made significant contributions to food photography and to our food culture at large.

Every time Romulo is behind the lens, he brings his passion for food, photography, and the creative process. He’s always thrilled to collaborate with talented teams. 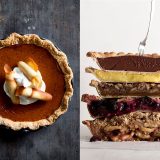